A Year of Longhaul COVID

Join Us! A Conversation on Writing through COVID 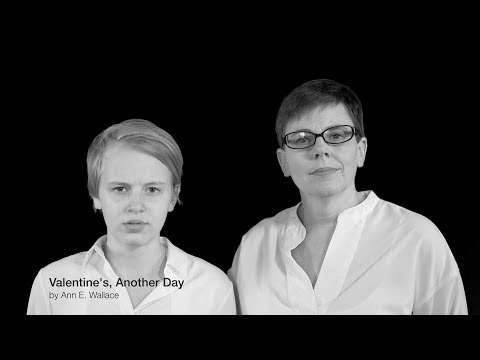 In recognition of National Gun Violence Awareness Day on June 7, I would like to share a video of "Valentine's, Another Day," the opening poem of Counting by Sevens (forthcoming from Main Street Rag later this summer), performed here with my daughter Abigail. I wrote "Valentine's, Another Day," in the immediate aftermath of the deadly February 14, 2018 shooting at Marjorie Stoneman Douglas High School in Parkland, Florida, and it was published later that week in Poets Reading the News. Abby and I first read it together at The Ethical Community Charter School a month later, for National School Walkout Day. This, along with other poems I wrote last winter reflecting on the violence in our nation's schools (including Dear Parents, The Weight of the Numbers, and Nearsighted), is a piece I had hoped would not resonate so potently more than a year later, and yet it does. And so, Abby and I add our voices to the chorus of parents, students, educators, and leaders across the nation demanding that we reject the violent reality of daily life in America.

During the month of June, I will make a donation to Everytown for Gun Safety, a national "movement of Americans working together to end gun violence and build safer communities," for each advance order of Counting by Sevens. Please help me support this important organization -- and affirm the role of poetry as a vehicle for civic action and commentary -- by placing your order today!